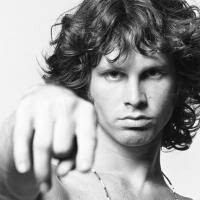 Mr MojoRising
اعضا
the 15 does not tackle, he is a spectator. infact tackling is past time. most passes are intercepted. the game is getting worse every update.
. نوشته شده در
نمایشپنهان کردن

Jagermeister RFC
اعضا
Why the F.... do thet update in the middle of a season. So you work hours on a strategy to go back to sqaure one. Well done Sweet Nitro. Who was so daft with this?
. نوشته شده در
نمایشپنهان کردن

Thys Schoeman
اعضا
They seemed to have just fucked 80% of people's seasons with these updates... do these clowns even think?
. نوشته شده در
نمایشپنهان کردن

sukitansee
اعضا
Only two tries scored in all fixtures in my league this morning. That's 7 games. Tiring the attacker without tiring the defender is barking mad. Gone from one extreme to the other. Those with big early round wins in their leagues have an insurmountable advantage now. This bears very little resemblence to the real game. What a grand crock of sh17 SN have made of the game. No way could they sell this crap now, even if they tried. Why don't they thoroughly test their changes before screwing us over mid-season?
پست توسط sukitansee در تاریخ ویرایش شد.
نمایشپنهان کردن

props for wingers
اعضا
The updates recently have been bad. The ones a few months ago also, i'm also not a fan of auto-subs (there is no benefit of actually being there to watch the games). But the fatiguing of attackers is laughable. The games are a farce. We went for years with barely any change and now the developers are playing about daily. I don't know about anyone else, but I am enjoying the game far far less these days and am less inclined to play.
. نوشته شده در
نمایشپنهان کردن

They seemed to have just fucked 80% of people's seasons with these updates... do these clowns even think?

Apparently not mate. The game is just unplayable now and Im sick of it. They can stick it up their asses now
. نوشته شده در
نمایشپنهان کردن

getting sick of these changes too, never heard so many people on about to pack and move somewhere else

one more time, feel like being a guinea pig testing unfinished work, very frustrating as I do not recognize the game I used to like that much
. نوشته شده در
نمایشپنهان کردن

guest_1462477462674
اعضا
Changes that improves ... changes that makes personal strategy more of a factor ... changes that makes sense ... these we do not mind. BUT BRAINLESS, IDIOTIC CHANGES ... like making tackling a non factor ... or ... penalizing the ball carrier by slowing him down so he can be caught by props ... those are the brainless IDIOTIC PATHETIC changes that shows that the developers have no farking clue ... TO THE PERSON RESPONSIBLE----PISS THE FARK OFF!!!!!!!!