Roughnecks
Üye
Ok all, I kindly ask to not turn this specific thread into 1. It should be removed 2. It's cheating and/or cheap tactics. There are more than enough threads that cover these thoughts. Or don't, I'm not your dad.

A thought occurred to me in regard to the Match Bonus, and what it is. It is a method to legally improve temporary player skill, beyond a means in which that player could achieve naturally. One could easily summarize this into two words, performance enhancing. Of course, real world athletic governing bodies have very strict rules in place for such things, a very large part of why those rules are in place is for the safety of those competing. It is widely known that an athletes continued and prolonged usage of performance enhancing drugs had side effects, some very severe, for the user. As these PEDs allow an athlete to push their body past it's normal limits, athletes are at a greater risk to injury for themselves, as the body can only handle so much strain before it breaks down.

I would like to see 2 adjustments to what the performance enhancing match Bonus bar does. First and most importantly, I would like to see the toughness rating of the "using" team to be reduced when in use. An athlete who uses is at higher risk for injury, why not translate this into the game? How one impacts the other would really need to be tackled by the programming and I don't know that it should be set at 100% of the bar = 100% reduction in toughness (maybe 100 to 75 ratio). It does need to be a fairly solid ratio, as it is just plain weird that a player could gain that much skill growth, with no potential downside to them.

Second, I would like to see an adjustment to the strength stat, which causes injuries. Working with an even number for simple math purposes, if you are "using" and playing at 110% of your normal level, your not generally going to see 10% more injuries. Injuries are most frequently, freak occurances, and playing at 10% higher in level would slightly raise the chance of those freak incidents, but only by a moderate level, say 5%.

I think these enhancements would add some realism to the game, and it would add a significant strategic element, it would balance the performance enhancing bar to include having a downside of potential substance within the game (no i don't think the use in game cash is a very large downside). Players would have to use the bar with caution and thought, to make sure they are getting what they need out of the bar.
14/01/17 00:47 tarihinde.
14/01/17 01:16 GösterGizle

Players would have to use the bar with caution and thought, to make sure they are getting what they need out of the bar.

Biggest issue is that a lot of team owners wouldn't notice the change or wouldn't think about taking those risks, so some people might quit, but aside from that it sounds good.

I'd use an alternate form, though. Players using PEDs don't get injured more often right then, they break down earlier in their career, so maybe there should be an anti-training bar or something similar. When a player plays in too many match bonus games, they lose a few stat points (-1 across the board?), or the retire a little earlier, something like that.

Sam Tech 2.0
Üye
Roughnecks, I agree with you on this idea. It should be a double edge sword to speak, allowing certain aspects to be reduced and allowing others to be increased. I might further propose that a constant use may add additional smaller or larger penalties to speed, stamina, etc. So that one may see it as a once in a while or as needed to further themselves in the game. This game already has a fair amount of strategic play to it, but if the Dev's could take more ideas and run with them.... the game might not see a need for match bonus but maybe a player bonus to add more points to training or some other reward system. But it's worth a conversation about.
14/01/17 01:20 tarihinde.
15/01/17 17:48 GösterGizle

Roughnecks
Üye
Ryan/Sam, there would need to be a major overhaul system to be able to factor in long term negative effects. But the thought that this item should act as a double edge sword is the biggest key I would like addressed.

Jason Riley
Üye
If I remember correctly, and I think you started the same time I did Roughnecks, there used to be a major penalty for boosting a few months ago with lots of injuries. I remember the first time I found someone doing it against me, as they played a friendly against me a few hours before a tournament game, lost by 20+, but in the tournament game he beat me by 30. I checked and he had 4 injuries, and not just on special teams. This seems to have changed a lot with the various updates as they seem to want to encourage players to boost. I am not sure of this, but it goes along with your excellent idea. I wish it would go back to that.
15/01/17 18:10 tarihinde.
17/01/17 01:20 GösterGizle

Roughnecks
Üye
The injuries I recall seeing have been towards the team who got slidered. This is why many guilds have rules about slide ring guildmates.
17/01/17 01:20 tarihinde.
17/01/17 02:03 GösterGizle

The injuries I recall seeing have been towards the team who got slidered. This is why many guilds have rules about slide ring guildmates.
yeah what he said .. 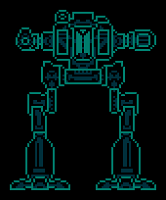 Sam Tech Shadowcats
Üye
Well I really see no need for the Match Bonus. With 3 strategy buildings plus the new sports shop, why have match bonus? You get a 30% quality boost from strat and a +15 to certain stats from SS. Honestly if you need that much more help than you're not using strategy to your advantage. American football is more than just strength and speed, it's a numbers game that really need justice from this games pov.
10/06/17 23:22 tarihinde.
10/06/17 23:54 GösterGizle

Guest EY6YHG
Üye
Having 3 strat centres isn't a boost over the competition if they already have them.

On the match boost, as a minimum there should be a major fatigue issue (possibly equal to a 4 hour training session)
I think that would discourage boosters from boosting every single match and save it for special occasions
10/06/17 23:54 tarihinde.
11/06/17 16:44 GösterGizle

Guest DKAOSX
Üye
I view the match bonus as paying off the refs, or legal fees due to underinflated footballs. Maybe they could just switch it to Gold Balls instead of the in game cash so it is not used in every match? But I do like the idea of a penalty equal to a 4 hour training session to make boosting more strategic and it also seems easier to implement.
11/06/17 16:44 tarihinde.
AnaEnglishIdeasMatch Bonus -alternate idea, lol
Iptal
Iptal
Tamam
Iptal
Tamam
Iptal
Tamam
Iptal