البيتEnglishQuestions?Have they doubled the number of HKs you receive?

Have they doubled the number of HKs you receive? 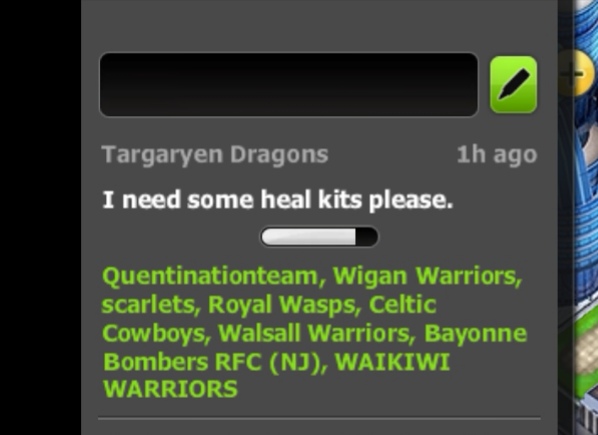 We all spammed them with tickets to ask them to allow the entire guild to give you heals every time you ask - to replace the facebook heals function that was taken away.

They gave us 10. Better than nothing and working quite well in my opinion.

HOWEVER, in typical Sweet Nitro fashion, what they gave with the one hand they took with the other and introduced four-day injuries and more or less trebbled the occurrence rate for non-visa teams.

We tried to fix this issue too recently on behalf of the non-visa teams by spamming them with tickets about injuries. It led to the fiasco of the latest patch being rolled back and the rollback being reversed last week (and injuries back in full flow).

So there's that. Amateur hour chez Sweet Nitro as ever...

guest_1462477462674
الأعضاء
Just wondering if the idiots who run this game are going to add to the idiotic changes already made ... penalizing non-visa players with a huge load of injuries and penalties, slowing down a player good enough to make a clean break so that a prop can catch him from behind, making tackling obsolete... it is these things that makes me believe in evolution-some of these morons should still be swinging in trees instead of playing wuth computors. Instead of finding ways to let individual player strategy and planning be more influential, they fark around with whatever idea they pick out of their noses or assholes.
نشر على 13/06/19 22:16.
البيتEnglishQuestions?Have they doubled the number of HKs you receive?
الغاء
الغاء
حسنا
الغاء
حسنا
الغاء
حسنا
الغاء