DO NOT JOIN ASYLUM OF ICONOCLASTIC LEGENDS

Jem likes America
اعضا
All this other stuff doesn't matter. All that does matter is playing the same person five times on the map in just over an hour is incredibly weak. Hard to know what's sadder....playing that many...or losing the first four that you have to play a fifth.

And dude is another one of those clowns doing shots from the goaltender and defenders at 0% speed and turning the game into a joke. You can be assured you won't see that trash (because that's what it is...trash) from American Outlaws. I suppose in your words of your guild description, that would be using some of that sneaky "help" from Cheat Nitro to achieve victory (and I took that word for word). Guess we can scratch that off who you guys are...

Ben (MK)
اعضا
Why's Bignose even involving himself, thought his mum had banned him from playing??!!

Leads me as to why "Star Trek DS9" is acting like he know anything about anything going on here; more important for him seems to be being played several times in a row..... yikes.....
Perhaps mind your own business.....

Sad you still don't get it.
Sad you're taking it so hard on yourself.

Glad i could play that fifth.
Glad the allies kept on trying in WW2.

Hope you grow up stronger. 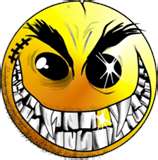 Jammin
اعضا
We will meet again in time and we will be stronger. You have a very strong guild, and half our guild is fairly new (including me) so I would expect you to give us a thrashing. We lick our wounds and become better cause of it.
Keep up the gay drama boys LOL It's amusing

You've got that right, by the drama i've seen over the past few hours, someone is desperately seeking a new tongue in order to lick his own wounds.

Why's Bignose even involving himself, thought his mum had banned him from playing??!!

Leads me as to why "Star Trek DS9" is acting like he know anything about anything going on here; more important for him seems to be being played several times in a row..... yikes.....
Perhaps mind your own business.....

What a load of old twaddle
I thought you stopped calling him bignose?
. نوشته شده در
نمایشپنهان کردن

it is very illegal, ash, so stop grooming young boys, you sicko!!!

we are happy where we are n maybe u should quit this game n come back again, n quit n come back again as though u are so important. what ghost said is true, most of us do not like u n think u are just full of horse crap.

p.s. i never say anything here but untruthful posts by "little boys" forced me to post my comments at last.
You yourself are basically wasting your time reading “crap” as you refer
. نوشته شده در
نمایشپنهان کردن

ShaunC
اعضا
At least going by the name I guess Unwanted knows how everybody else feels about him
. نوشته شده در
نمایشپنهان کردن

Ben (MK)
اعضا
Lots of love from MK to you all, certainly the best guild out there!