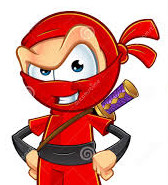 TheGoid
Mitglied
Okay - Instead of whinging I am gonna try and present a solution here. This is intended as a discussion - so lets hear your thoughts.

Here's what I'd propose needs to happen.
Drop the minimum teams requirement for a guild challenge.
Everyone in a guild plays in a guild challenge(standdown for new members applies).
Heals sent this season is publicly available(maybe aggregated).
Random matching is dropped and replaced by the ability to challenge any team within (10?) rankings of you on the ladder(Or maybe a subset which changes similar to the individual ranking system).
A change in scoring system - beat a team the first time - get 2 points(Or maybe more....see below). Beat them a second time - get one additional point.
Retain a guild challenge history(if there's a data volume problem limit it to 30 days - but I can't see that being an actual issue. All that needs to be kept is the opposing guild and the score).

What does this achieve?
First you can have a reasonable idea of how active a guild is before you join it. A new guild lands at the bottom of the rankings, but can play challenges and advance immediately. An inactive guild will naturally drop down the rankings because they never get a point in a challenge. Guilds who want to rebuild can drop players who are inactive without fear of being excluded from playing Guild Challenges. Every guild challenge is meaningful from a ranking perspective, and every team gets an opportunity to play both their games for points within the challenge.

In regards the scoring....maybe we make that even more advanced. First win against an opponent is worth 10 points, second is worth 5, all others are worth 1. That way all teams can play their games and earn points, but there's a definite incentive to beat the unbeaten teams, but if a team is unbeatable for anyone in the guild they can still accumulate points against the remainder of the guild. Imagine tactics in a GC that go beyond assigning a cash cow!

Some of this is off the top of my head, so don't just say it's stupid, tell me why it's stupid and what's better.

TheGoid
Mitglied
Probably worth mentioning the situation where a couple of level 70's start a new guild which is essentially unbeatable for a while. I think that's probably unavoidable, but perhaps the benefits could be reduced somewhat...for instance, if you play teams less than 5 levels below you the matchday payout is greatly reduced....
Gepostet am 30/08/18 22:22.
30/08/18 22:24 AnzeigenVerstecken

King of the Jungle #…
Mitglied
There s no stupid suggestion. Noone has a perfect method to date.

I think it will be complicated to drop the random matching, as many guilds would start declining challenges against weaker teams.
You would mainly try to play against slightly stronger guilds (for the challenging aspect), but they would also try to play against stronger guilds.. it would be a catch 22. I might be wrong.
Gepostet am 30/08/18 22:24.
30/08/18 22:32 AnzeigenVerstecken

Black Monks
Mitglied
Drop the minimum requirement- I think the clash of clans model is the best, let a guild pick the number they want prior to matching, we would likely need to keep it in intervals of 5.
Everyone plays - the number you select to be involved via above method get to play
Heals sent - I have no opinion on this part
Random matching dropped - I want guilds to not be able to avoid other guilds and this would allow dodging
Change scoring - I think there needs to some modification here because there are going to be a lot of draws when things even. Maybe use ga as a bonus point at the end of a gvg draw?
Guild hx- I think tracking history is great but I also like the 60 day rolling clock for the top 10 list so a new guild can form and prove their stuff in 60 days. Otherwise this will result in even less change.

Our guild aggregate is 19,115 sent with a little under 12 hours left of this season. Photos available