ÜbersichtEnglishDiscussion"to all the Pimps I loved before" LOL. read on!

"to all the Pimps I loved before" LOL. read on!

Jammin Giants
Mitglied
Wunderkind, you have a good team. We have taken note of this =)

Randy Young
Mitglied
We have NP with the pimps.. hell we all want to be that good..

When I asked Amen about his name I was told he was an ex pimp.. had a fallout...

hell I still know people on the pimps that i've known since this game started.. Jamming always cracks me up with his post..

Our goal is to one day be able to put up an fight against anyone we play.. but there is no hate..

Truth is I have a great deal of respect for what they have done...

It's not easy putting together and holding a crew together that"s that solid... top too bottom.....

Hell Few and myself beat the hell out of each other on a everyday thing now... I dont get pissed I get better.. to run with the best you have to beat the best.. you don't do that by hiding from them... When I play friendlies against people it's because i need to test something against a team that is solid... It's says much about you when the top players in the game at your lev play you..

you got too take the beatings with the beat downs.. adjust.. get better and roll the dice again...


I would love too know when we play the pimps how we stack up.... I think our record on them is 16 wins.. .. Just a solid crew top too bottom. again nothing but respect 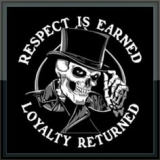 Zεkε
Mitglied
Well said, Randy! You guys have a solid guild and are getting better. We all enjoy good competition. 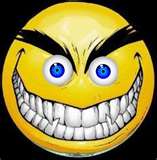 Troops of Doom
Mitglied
For the record, and I'm a burnout so sorry if the time is a bit off, but Amen joined Pimps for about 15 mins. He said some stupid shit and got booted. Don't know what exactly, don't care. Then we said some stupid shit. He had another invite so came back, saw the stupid shit we said, said more stupid shit, and was booted again. Tell him thanks for changing his name.
And always a challenge when we play your guild. You guys are getting stronger and we have noticed. =)
Gepostet am 04/12/18 00:37.
04/12/18 00:54 AnzeigenVerstecken

Randy Young
Mitglied
we were kind of hoping you didn't notice...

This game is just fun too play... no wars no BS.. just flat out balling... and we are playing relaxed and just enjoying the game.. We set goals even when we play you guys.. your just stacked with some very amazing players,, your lowest lev plays well about his lev.. and that says much about the training you guys are putting out.. Were just trying to win champs.. close the lev gap and see if we can't put up a bit of a fight..

Win/lose/ draw.. you get paid.. get your people paid people